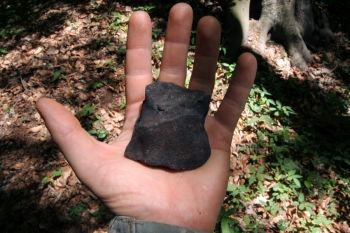 Physical characteristics: Seventy-seven black stones with a thin fusion crust with the total weight 4.3 kg in the range of 0.5 g to 2.2 kg.