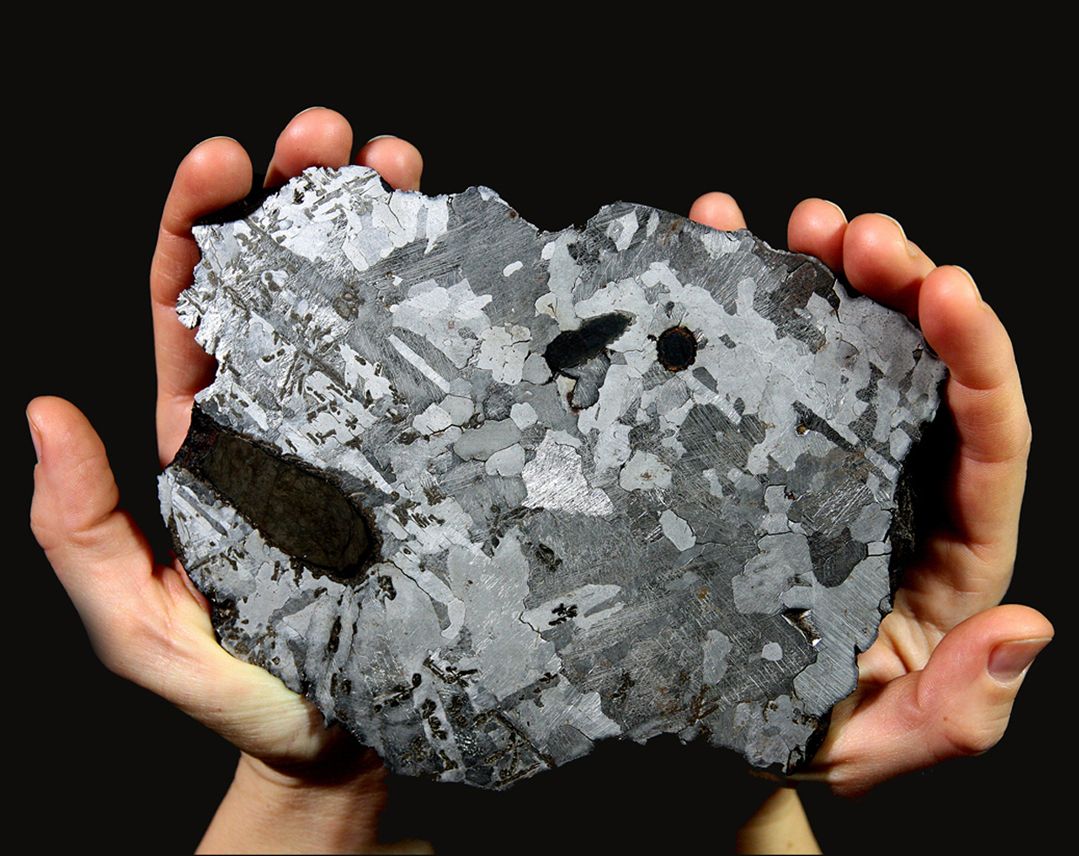 Iron meteorites are around 6 percent of all falling meteorites. They are characterized by the presence of two metal alloys of nickel-iron: kamacite and tenite. Depending on the percentage of nickel and iron, they are divided into hexahedrites, octahedrites and ataxites. Octahedrites are the most common iron meteorites. They have very unique structural feature which manifests itself when the surface of the polished cross-section of the meteorite is being treated with a low-grade nitric acid. This structure is known as the Widmanstätten pattern, renamed after Alois von Widmanstätten, its discoverer. The more nickel is in the meteorite, the more flat those structures are. Because of thickness of these patterns, octahedrites are divided into three main groups: coarse octahedrites (Og), medium octahedrites (Om) and fine octahedrites (Of). Hexahedrites consist mainly of kamacite. After etching the surface of such meteorite, thin, parallel lines show up. They are called Neumann lines – this name comes from theirs discoverer, Franz Ernst Neumann. Some iron meteorites do not have any inner structures which would show up after treating the meteorite with nitric acid. Those are ataxites – this names comes from Greek word which means without structure. They consist mainly of tenite. In the majority of iron meteorites rounded nodules of troilite (iron sulfide mineral) or graphite may occur, as long with schreibersite (iron nickel phosphide mineral) and cohenite (iron nickel cobalt carbide mineral).