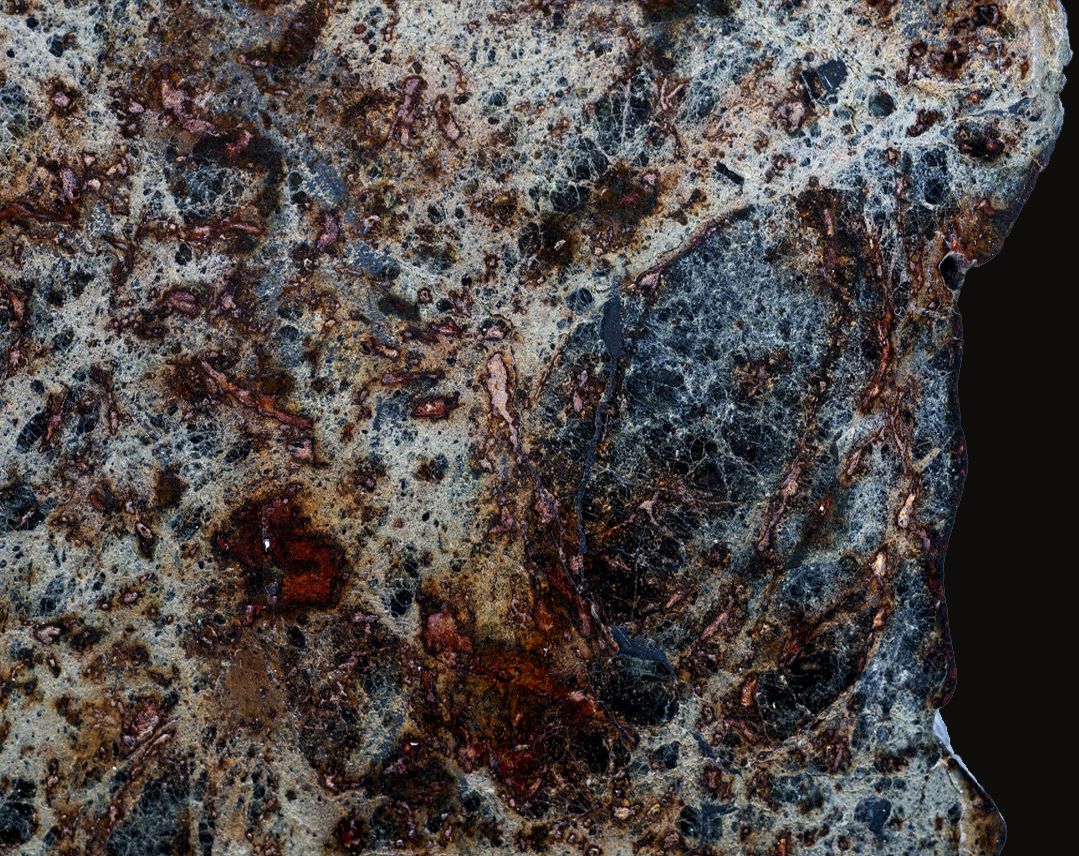 Term achondrites means without chondrules – lack of them makes it possible to distinguish achondrites and chondrites. Achondrites make 7.8 percent of all falling meteorites. Achondrites from the HED group (HED stands for “howardite–eucrite–diogenite”) are believed to come from the asteroid 4 Vesta, one of the biggest planetoids in the Solar System. Other basaltic achondrites, Aubrites and Angrites, also come from asteroids. Rare LUN meteorites are pieces of the Moon. It was found when those meteorites were compared with samples of lunar rocks, brought to Earth by the Apollo mission in the 60s and 70s. As rare and extraordinary meteorites are also ones from the SNC group (Shergottites, Nakhlites, Chassignites). They are believed to origin from the Mars and known as Martian meteorites.