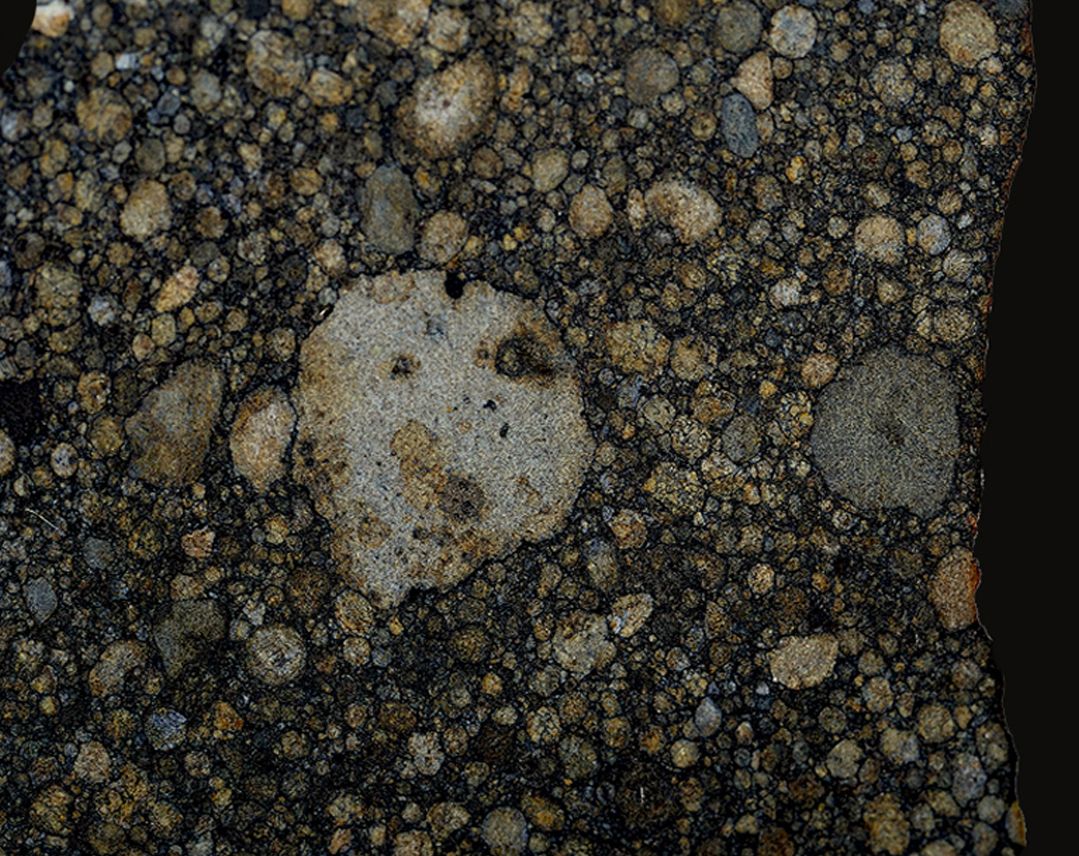 Ordinary chondrites are by far the most numerous group of stony meteorites and comprise about 85% of all finds. Regarding the mineralogical composition, ordinary chondrites consist mainly of olivine, orthopyroxene, and small amount of oxidized iron-nickel. Due to the diversity and differences of the metal content in the mineralogical composition, ordinary chondrites are divided into three distinct groups, denoted as H, L and LL. Stony meteorites – chondrites are named after Greek word chondros which means grain, due to tiny spheres spread all over the meteorites mass. They consist not only of silicate minerals but also of iron-nickel particles. However, the most characteristic features of them are chondrules – already mentioned spherical silicate grains with sizes ranging from a fraction to few millimetres. They are believed to come into being as a result of melting of the dust of the original nebula from which the Solar System has emerged. They consist of iron and magnesium silicates. Other chondrites consist mainly of the mineral known as enstatite – magnesium silicate. When it comes to rare carbonaceous chondrites, their chemical composition is similar to the atmosphere of the Sun. So far, it is believed that those pieces of material from which the Sun and the planets were being formed of. Chondrites are considered as the most primitive and some of the oldest rocks in the solar system.