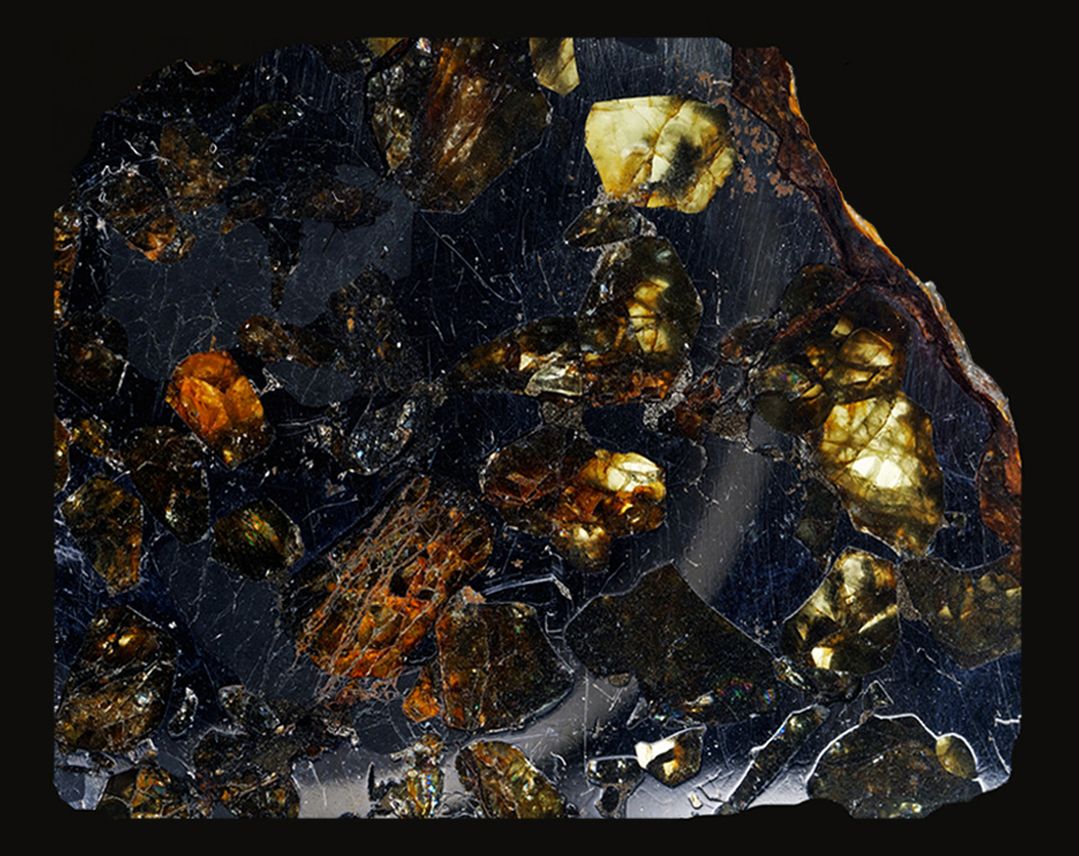 Stony-iron meteorites consist of mixture of iron-nickel with troilite and crushed silicates – olivines, orthopyoxenes, plagioclases. They are mostly made of iron nickel (50%) and silicate material (50%). Anyway, it is common to find meteorites with other proportions of them. Stony-iron meteorites are very rare – there are only about 1.5 percent of them among all falling meteorites. There are two large subgroups among them: pallasites and mesosiderites. Pallasites consist of olivine crystals immersed in iron-nickel. They are believed to be formed at the core-mantle boundary of a large asteroid. The name pallasites comes from German naturalist, Peter Simon Pallas. At the end of 18th century, he was invited by the Russian Empress, Catherine the Great, to explore vast areas of Siberia. In 1772, during one of his expeditions, he was examining a huge lump of iron, found earlier in the mountains near Krasnoyarsk. This remarkable specimen contained in large olivine crystals embedded in iron - nickel. Pallas accurately described the unusual find in one of his reports, not even knowing then with what he had to deal. Decades later, his discovery saw the light of day and it became obvious that Pallas discovered a new type of meteorite. Following this discovery, all similar stony-iton meteorites are named pallasites after theirs explorer. When it comes to mesosiderites, this name comes from Greek words mesos which means inside or half and sideros which means iron, so it means half of iron. Usually they consist of equal parts of iron - nickel and silicates. Silicates in mesosiderites are similar to those in howardites, eucrites and diogenites (from the HED group).